A comment to KILL GURU, BECOME GURU video in youtube ( May 2017)by a former GBC member, who resigned from it beacause the matter in year 2000, like he says: Resigned from GBC in year 2000 because of deceptive cover-up of this issue that I refused to support.

Dear Prabhus.
Please accept my humble obeisances. All glories to Srila Prabhupada.
I suggest that all followers of Srila Prabhupada should examine the evidence regarding the alleged malicious poisoning of Srila Prabhupada with a skeptical but attentive mind, especially the words of His Divine Grace on this issue on November 8 1977 and later. There are at least 13 times this matter is discussed as a case of criminal poisoning by Srila Prabhupada and his attendants. A little Hindi and Bengali translation is needed but has been done during the investigations in the past. The forensic work by renowned experts and professionals is additional material to study carefully. The whispers, arsenic and cadmium all need to be carefully studied and verified by all followers of His Divine Grace. There is plenty of philosophy to support something like this happening, with the aim of glorifying Srila Prabhupada and being a catalyst for his mission flourishing like never before. All other issues like book changes, system of initiations (ritvik, officiating acaryas, new gurus etc) are only a cause for distraction from this key issue and should not be a factor in studying this matter. Also not needed yet is discussion about whether Srila Prabhupada succumbed to the poison OR was unaffected by it and left because he and Krishna decided that. Remember he said during late 1977 that Krishna had told Srila Prabhupada that it was up to him when he wanted to leave. It is possible that you will see this as a transcendental pastime of His Divine Grace with many purposes served. We only need to examine with a cool and clear head if poison was maliciously administered; then if the answer is affirmative, discussion about motive and opportunity can take place. If there is no evidence then case closed. But use your own intelligence and do not let others lead or mislead you on this very grave matter. Again, on November 8th 1977 and later there were at least 13 times that this matter was discussed by Srila Prabhupada and his attendants in Vrindavana as a matter of intentional criminal poisoning. Please study and understand for yourself using your own intelligence. Read the BBT conversation book number 36 for these dates, hear the audio that you can get from the BI archives and see where this takes you. Read the forensic reports by authorities and experts. The GBC will not be supportive of you to study this for yourself. I was a member of the GBC body when this matter surfaced in 1997 . I assisted Balavanta Prabhu in the initial investigation, and know this matter very well. I resigned from the GBC body in 2000 because the matter was essentially covered up by influential members of the GBC and the rest of the GBC were poorly informed to deal with this properly.

In a mood of service to the Vaishnava community and with well-wishing intentions for all. Naveen Krishna das Initiated disciple of Srila Prabhupada since 1975 Served as Temple President, North American GBC member, Iskcon Global GBC member, Iskcon Foundation Founding Trustee and President, Iskcon GBC Global Minister for Management and Finance. Resigned from GBC in year 2000 because of deceptive cover-up of this issue that I refused to support. I have maintained my sadhana practices and vows rigidly since 1974 till today if that matters to you.

I,ll add a few comments based on the critical remarks made on the web in various places. 1. The protests against an investigation or "poison" reports are mostly coming from supporters, followers and disciples of the suspects who Srila Prabhupada has himself pointed the fingers at in the recorded conversations. 2. In addition, they are coming from those that feel that their position, power, fame, or money supply may be negatively impacted if this turns out to be true. 3. Though so many are happy to quote these suspects, their supporters, followers and disciples as the truth sources, and although the statements of self motivated conditioned souls are inherently suspect, not one person has quoted Srila Prabhupada on the possibility, rather inevitability of this happening as presented in his writings in CC , BG and SB at a minimum. . 4. Not one person has quoted Srila Prabhupada and his actual recorded infallible statements and those of his attendants on Nov 8, 9, 10 1977, quite obviously forgetting that any opinions different than the opinions of His Divine Grace are considered useless.

Lord Krishna descends for 2 reasons. To protect and guide the devotees and also to deal with the miscreants and demoniac element. We have to learn how to identify and deal with both also, internally and externally, if we are to make real advancement in our journey to become fully Krishna conscious. Devotees with courage, character and conviction should have no trouble studying the words of Srila Prabhupada on this issue, reading about the philosophy that deals with envy and envious persons in his movement so they can avoid shock and fear, In fact they should be eager to become educated about these matters also. Only then they can choose intelligently whether they should go further or not, and look at the facts that exist about this matter. Ignorance of philosophy and facts for whatever reason is a sign of weakness and cowardly behavior, and can lead to great damage in ones spiritual life. Knowledge and truth on the other hand helps one become a better and stronger devotee. Increased love for Srila Prabhupada, the vaishnava community, the holy name and all facets of Krishna Consciousness is the outcome. We should want that progress and increase.

Webmaster's comment: PAMHO!! Please go to KILL GURU, BECOME GURU video in youtube and give thumbs up for this comment to give it some more publicity!!! Jaya Narasimha. I can Imagine how damaging for one's Spiritual Life this could be if not the needed publicity is achieved.. And many a lifes have been destroyed by these demons, completely, by their lies and cheap promises, these demoniac homosexual beings....everything just for sex and power... they took us as a joke, so now is their turn to get the same destiny! Jaya!! I don't want to be a homosexual myself or have anything to do with them or their little puppets nor status games of Tamal. It's all blasphemy from the beginning to the bitter end.... not funny, dear demons of kali yuga. Social status will never define one's Spiritual Life nor should one's Spiritual possibilities.
Jaya Srila Prabhupada! Hare Krishna!

These very demoniac beings used the trust towards Srila Prabhupada pitilessly to molest people's children, use the people and then even kill them or ostricize them, if not fit in their plans, to disgrace in any possible way Srila Prabhupada and all what he stood and stands for. Quite childish. Do they hate Prabhupada so much or do they love their egos more? Or is it the same?

And how much power Prabhupada gave us, shouldn't we die knowing we did our best? 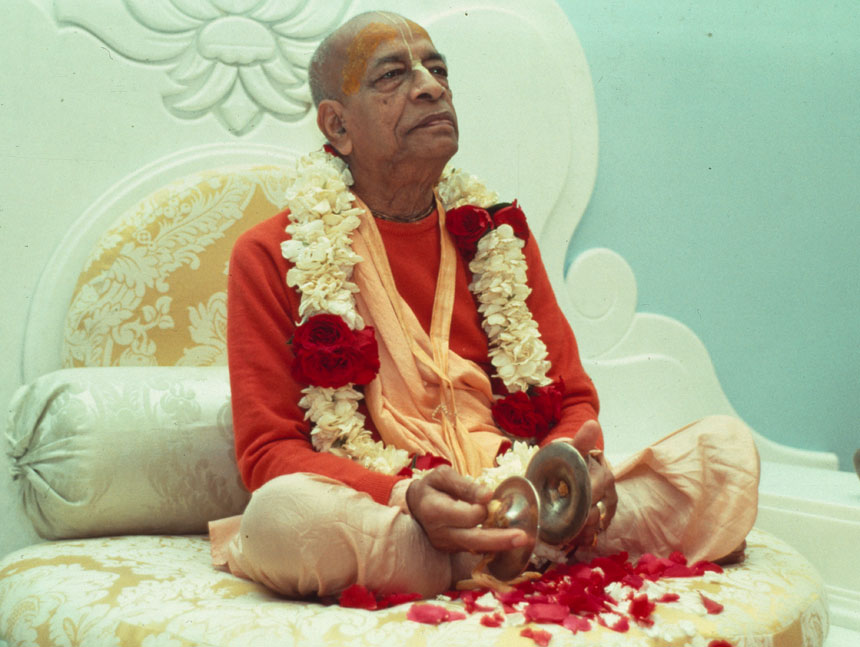