A.C.B.S Srila Prabhupada created Ritvik-system, so that no-one that he is the sole Acharya and Guru in ISKCON, others can only show the way to him.

"The system of rittvik initiations was an ongoing practice for years before Srila Prabhupada named 11 "Rittvik representatives of the Acharya" in his July 9th, 1977 letter. Why would Srila Prabhupada make a special effort to write a letter appointing eleven of his senior disciples as "Rittvik representatives of the Acharya" when such rittvik initiations were already being performed on his behalf not only by the persons named in his July 9th Letter, but by sannyasis, GBCs, Temple presidents, and others who happened to be at hand on the occasion of such initiation ceremonies?"


Tamal Krishna: "Actually Prabhupada never appointed any gurus, he appointed eleven ritviks. He never appointed them gurus. Myself and the other GBC have done the greatest disservice to this movement for the last three years because we interpreted the appointment of ritviks as the appointment of gurus. [...] Srila Prabhupada said: 'All right. I will appoint so many ...' and he started to name them. He made it very clear that they are his disciples. At that point it was very clear in my mind that he were his disciples. [...] You cannot show me anything on tape or in writing were Prabhupada says: 'I appoint these eleven as gurus' it does not exist. Because he never appointed any gurus. This is a myth." (Tamala Krishna Goswami: Pyramid House Confession December 3rd 1980) 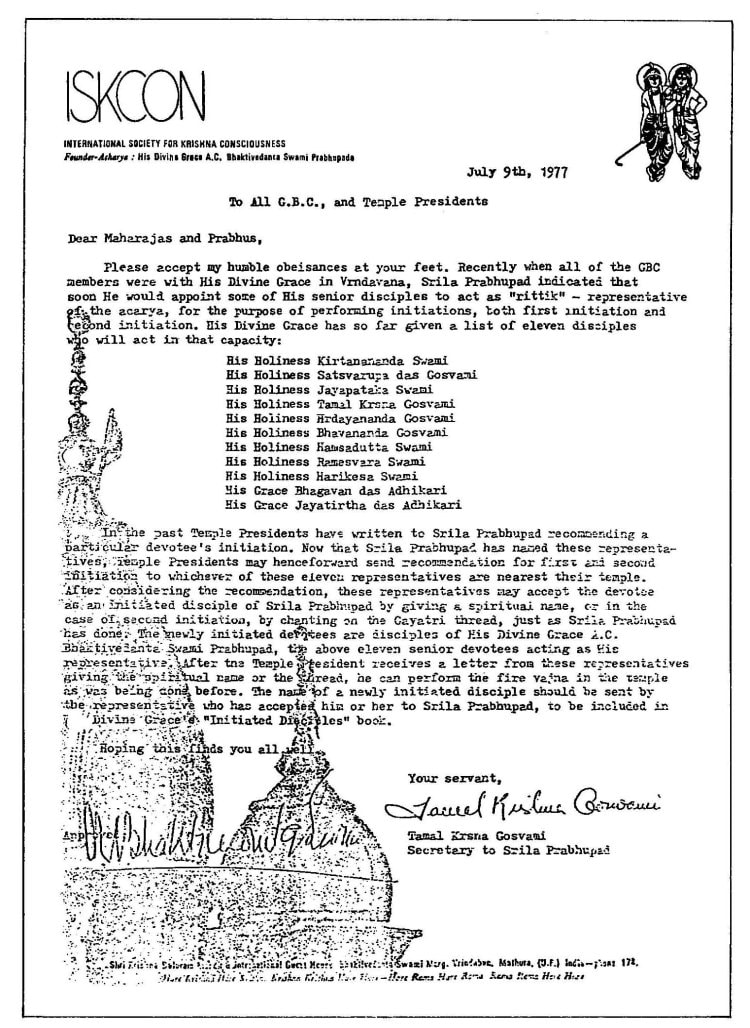 As in ISKCON, I know from experience of years living with ISKCON bhaktas that Ritviks are always demonized. That they just take Prabhupada's photo and make themselves his disciples before it. But by clear instructions of Srila Prabhupada the former zonal acaryas were the ritviks.. but never gurus themselves, only ritviks:
krishna.org/srila-prabhupadas-july-9th-letter/?fbclid=IwAR3j5j1Qq9NOJ_YmVVh5ZjmNDAoWNOIyGtjjkHNforgpxA2zKqUOJx1xUNU

This is how they tried to take over ISKCON Bangalore, the only temple which kept the letter: 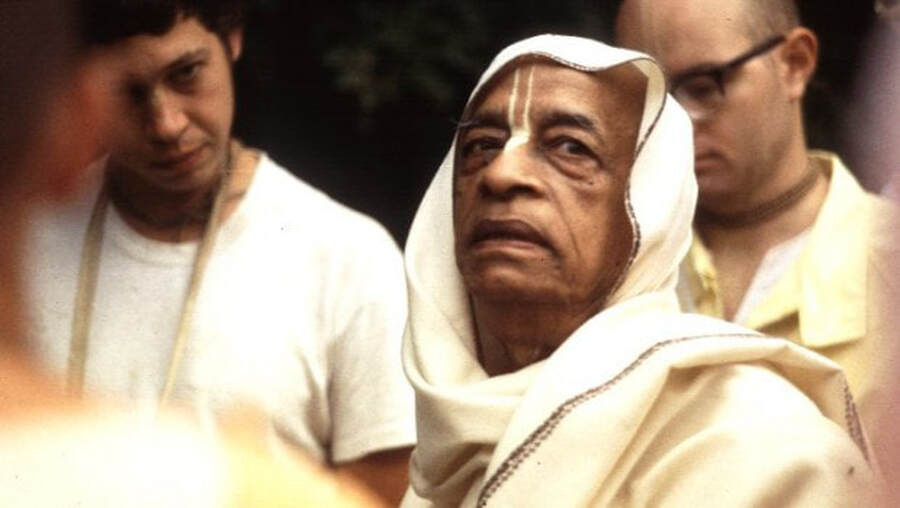